« Back to Mja Crime Forums

Photo's concerning this Case can be found in our :

A lot of the facts posted here came from the Book & Movie of :

ECHOES IN THE DARKNESS

On 6-25-1979 Susan's body was found in the trunk of her own car which was parked in the parking lot of the Host Inn in Swatara Township Pennsylvania..

Reinert had been beaten & bound with a chain & then killed with an injection of morphine 24 to 36 hours after the beating...

There was no sign of  Michael or Karen at the scene and an extensive search turned up no signs of either of them...

Police discovered a photograph of what appears to be a grave & are trying to identify the location of where it was taken..

Detectives believe the children may be buried there...

Sand samples taken from Susan's feet suggest her murder could have taken place at the New Jersey shore...

The weekend Susan was killed one of the men convicted of her murder was known to have gone to Cape May New Jersey...

The Police discovered a photograph of what appears to be a grave & are trying to identify the location of where it was taken..

Police believe the Children may be buried there...

The Children are presumed dead but their Remains have never been found..

Two men were convicted of the murders of the Reinert Family...

The 2 Men Convicted Of The Murders

But his real genius was for juggling women--three at a time...

One of those women was Susan Reinert...

In 1983 Bradfield was convicted of conspiracy to commit the same murders..

For Bradfield was the sole beneficiary of Susan Reinert's life insurance...

Bradfield was sentenced to life imprisonment died in Prison in 1998..

Bradfield enlisted Dr.Jay Smith as his major accomplice & together they murdered one mistress & her two kids..

Dr. Jay Charles Smith : Was the Principal of the school where Susan taught..

Smith at night was a sadist who indulged in porno--drugs & weapons...

Smith was known among the faculty as the Prince of Darkness..

For Smiths part in the 3 Murders Smith was sentenced to Death in 1986..

After spending 6 years on Death Row Smith was released when his conviction was overturned because of allegedly concealed evidence by the prosecution...

Since those accusations Smith's daughter & her husband disappeared with-out a trace..

The main goal for everyone involved in this case is to locate the Remains of the Children ...

Only then will the Case be completed & truly be solved..

Mja believes the Photo of some type of Marker could be the location of the Children..

They were from Edmonton Alberta..

Their car was fully loaded with their belongings & headed for a wedding to attend in Montreal Quebec...

Last heard from Dryden Ontario & someone thought they saw them at Parry Sound Ontario in July same year...

They were driving a VW Beatle car that has never been found...

Hi, I'm listening to a podcast about a little boy who disappeared into thin air in Ontario, Canada, in June of 1972. Has Mja heard of this case? this is copied/pasted from websleuths.com (there is a photo but it didn't paste here):

Adrien McNaughton was with his family on a fishing trip in Holmes Lake, Ontario. On June 12 1972, he wandered away from his father and three siblings into a wooded area and was never seen again. Extensive searches of the area turned up no possible evidence on his whereabouts.

The podcast Someone Knows Something is currently exploring Adrien's case.

Marks, Scars: Scar - 2 inches long on forehead - over which eye is unknown.

Adrian McNaughton who lived in Arnprior, was last seen wandering into a wooded area near Calabogie where he had been fishing with his father and three siblings on Holmes Lake — around 100 kilometres west of Ottawa, on June 12, 1972.

Photos for these cases can be found at : Mja Case Photo Gallary

Janice Sanders was last seen leaving her job during the late evening hours of 7-20-1975..

The last person to have seen Janice Sanders alive was her estranged boyfriend with whom she had just broken off the relationship...

On 8-5-1975 a vehicle registered to Janice Sanders was located in the parking lot of the Holiday Inn in Niles Michigan...

Diane Faye Chorba was reported missing by relatives two months after she relocated to Luther Michigan...

Police questioned a suspect, Clarence Bean Jr who was involved with Chorba...

According to Bean's wife, Ollie buried Diane in the woods near Bristol, after removing her jewelry...

Kimberly Alice King was last seen crossing the street to use a telephone in Warren Michigan..

There are Photo's concerning these Case at Mja Case Photo Gallary :

The 16 year old Sjoberg was last seen leaving Oconomowoc High School from her high school prom during the early morning hours of 6-5-1974..

The bodies of two Fort Atkinson High School students were found in a wooded area a few months after they vanished from the parking lot of Concord House....

Missing since May 6, 1979 from Muskego Wisconsin..

Bayerl was last seen at her home in Muskego Wisconsin on May 6, 1979..

According to her husband she left the home after a quarrel & drove off in the family car...

The car was returned that night...

When the children woke up the next morning, Dona was gone...

Photo's concerning these 2 case can be found in our Photo Gallary..

Photo's Concering these Cases can be found in our Photo Gallary :

Click the link below for more details on the Case..

Click the link below for more details about the Case..

Missing Children & Children Who Never Made It Home -- 23

In the beginning of the investigation, it was theorized that she had fallen into Purisima Creek located near the family's home & drowned...

The area around the creek & the waters were searched but no trace of Anna was found...

With time, investigators & her family started to suspect foul play was involved in her disappearance...

Her stepbrother told his family he remembered a strange couple driving alongside Anna, trying in vain to tempt her into the vehicle...

Anna attended kindergarten at Hatch Elementary at the time of her disappearance...

Missing Children & Children Who Never Made It Home -- 22

She was playing in the lobby of her apartment building after her brother left her alone for a moment ...

When he returned, Pereira had vanished....

She has never been seen again...

Later a witness said she was seen walking with Andre Rand, the janitor of her building...

Missing Children & Children Who Never Made It Home -- 21

In the company of a juvenile female at the Mondawmin Shopping Center in Baltimore Maryland...

He was shopping with his mother, & disappeared while she was cashing a check....

Missing Children & Children Who Never Made It Home -- 20

She may be in the company of an adult female...

Melissa's Mother Alta placed an ad in the Star-Telegram seeking a baby sitter for her daughter while She worked as a waitress at a downtown restaurant...

A woman who gave the name "Ruth Johnson" answered the ad...

Ruth Johnson told Alta that she had a large house and back yard, as well as other children to watch...

The two made plans to meet at Alta's job, but Johnson never showed up...

The case was re-opened in 2005 at the request of Melissa's sister...

Missing Children & Children Who Never Made It Home -- 19

Chapman was last seen playing by a sand pile 25 yards in front of his residence...

His mother reported that she was in the residence talking on the phone and his father was at work...

There was no sign of a struggle and no significant evidence was found at the scene...

Over six days as many as 3,000 volunteers, including dozens of high school students and three psychics, Navy, National Guard and state aircraft, and Scuba divers searched muddy bogs and streams...

State police bloodhounds lost the boy's scent in a nearby yard...

Missing Children & Children Who Never Made It Home -- 18

A small rural town in between Espanola and Taos, of northern New Mexico...

According to reports Miera did not wander off on his own, & may have disappeared with a couple living in a bus, while his mother was hospitalized 1-10-1970 through 1-11-1970..

She hasnt been found..

Went Missing on 12-10-1971 from Middlebury Vermont located in Addison County..

1:00 PM Miss Schulze did not take her final exam & wasnt in her Dorm Room..

12:30PM Miss Schulze was seen by the health food store...

2:15 PM Lynne is seen standing on Court Street by another fellow college student...

She was across from the bus station and the health food store..

This is the last time she is ever seen...

There is a suspect in the case..Middlebury police :

Investigators in Middlebury working a missing-student case from 1971 received a tip in 2012 that millionaire real estate heir Robert Durst, the suspect in several killings, had lived in town at the time...

Robert Durst The Real Estate Millionaire in 1971 owned & operated  The All Good Things Health-Food Store in Middlebury during the early 1970s, police said..

Where Miss Schulze last seen standing outside across from the bus station & the health food store..

Now Mja has a direction to follow for Search Area's..

Photo's of the Case is in our Photo Gallary under : Mja Inc Investigations Case Photo's..

A waitress from a diner in Lima, New York remembered seeing the young girl with a white male described as being 5'8"-5'9" with black wire rimmed glasses and a tan shirt...

He was driving a tan station wagon with side paneling. Several truckers also called with information about a young girl trying to hitch rides with them to Boston at truck stops...

On 11-3-1979, 16 year-old Tammy Jo Alexander went missing from Brooksville, Florida. She was last seen the day after her 16th birthday...

She was believed to be a run away...

Many are questioning why it took 35 years to connect these two cases together...

Tammy's family feels that there home town dropped the ball on Tammy's disappearance, and that she was wrote off because she was a teenager and a run away...

A missing persons report was filed for Tammy by her high school friend  but police departments did not have the means of communication back then that they do now..

She pushed on to find answers, and 35 years later, thanks to many people's persistence and forensic technology, this mystery is solved. However, the search for Tammy's killer is still open and active. ..

Police are now on the hunt to find her killer.... 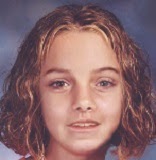 Caledonia Jane Doe was laid to rest in the Mount Morris Cemetery in Dansville, New York with no name on her grave stone....

The resting place of Tammy Alexander. 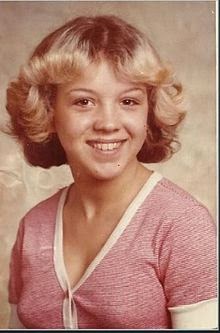 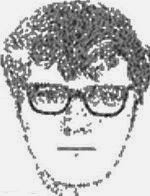 A sketch of a person of interest that was last seen with Tammy before she was killed....

Photo's concerning the case can be found in our Photo Gallary under Mja Inc Investigations Case Photo's...

The victim was discovered on October 31, 1969 in St. Petersburg, Pinellas County, Florida

Estimated Date of Death: 2-3 days prior.

Cause of Death: Homicide

The victim was discovered on February 19, 1971 in Lake Panasoffkee, Sumter County, Florida

Estimated Date of Death: Two to three weeks prior to discovery

Killed by Homicide by strangulation

Missing since November of 1974 from Independence, Jackson County, Missouri.''

Missing with her 3 Children..

Missing since November of 1974 from Independence, Jackson County, Missouri.''

Missing with her 3 Children..